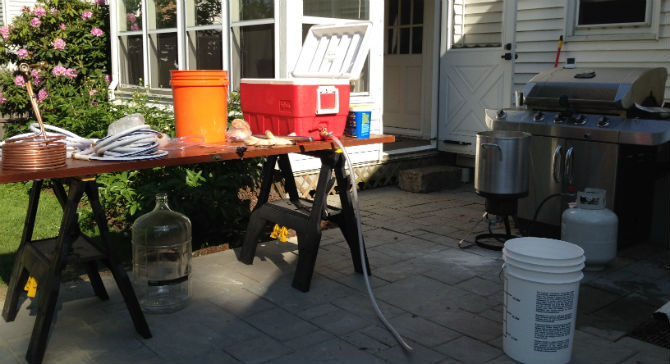 The rule from the wife was simple: No brewing at our house until the patio was done. This was a perfect rule because I would have just kept putting off the patio. But, as hard work (and luck) would have it, the patio is done and beer is fermenting as we speak ... or as I type.

We actually have been doing a bunch around the house (patio, new doors, new window, landscaping, updated sun room, etc.), and I just haven't gotten around to posting yet. However, once I start brewing some beer ... the posts start up again.

In the next week or so, I'll try to post another blog or two with some pictures on everything that we've been working so hard on the past few weeks. As for the beer? Swing over in six weeks and I'll give you a bottle or two.