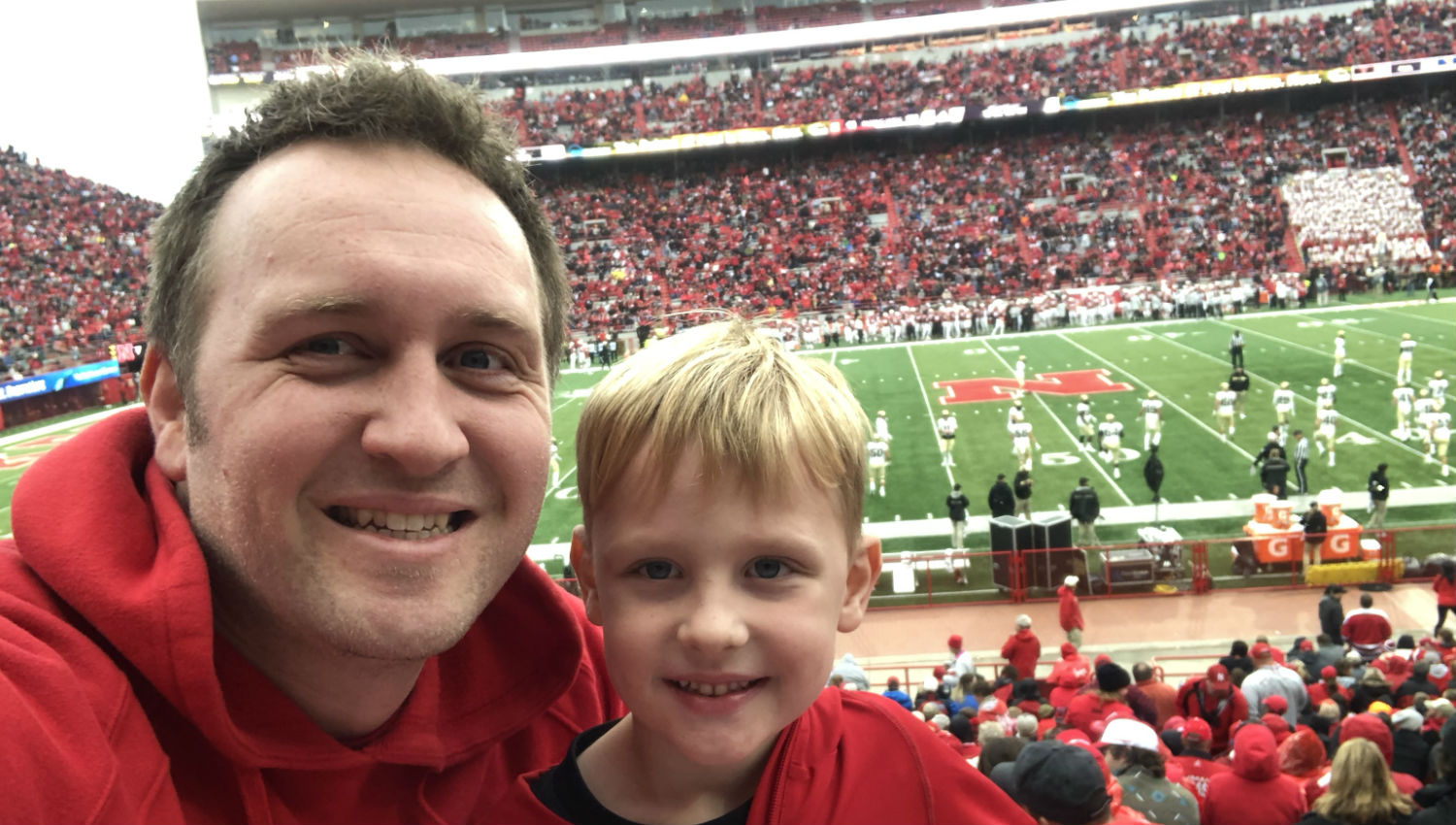 About a month ago for the Purdue game I was able to fly back to Nebraska and take Henry to experience his first football game. Although in a losing effort, it was still an experience that I will never forget and hopefully one for him as well. We had an amazing time ... even dealing with an extremely cold/wet Saturday in September.

This entire trip was set up by the Ponec's. Without them, this never would have become a reality (hence the pic with John and Brett below). A while back I helped them set up the website for the store they opened in Omaha. Over the years with sporadic updates here and there they decided to surprise us with this trip to say thanks for all of the work I've put in. Originally meant for the spring game in April, it just worked out better that we were able to attend one during the regular season instead. 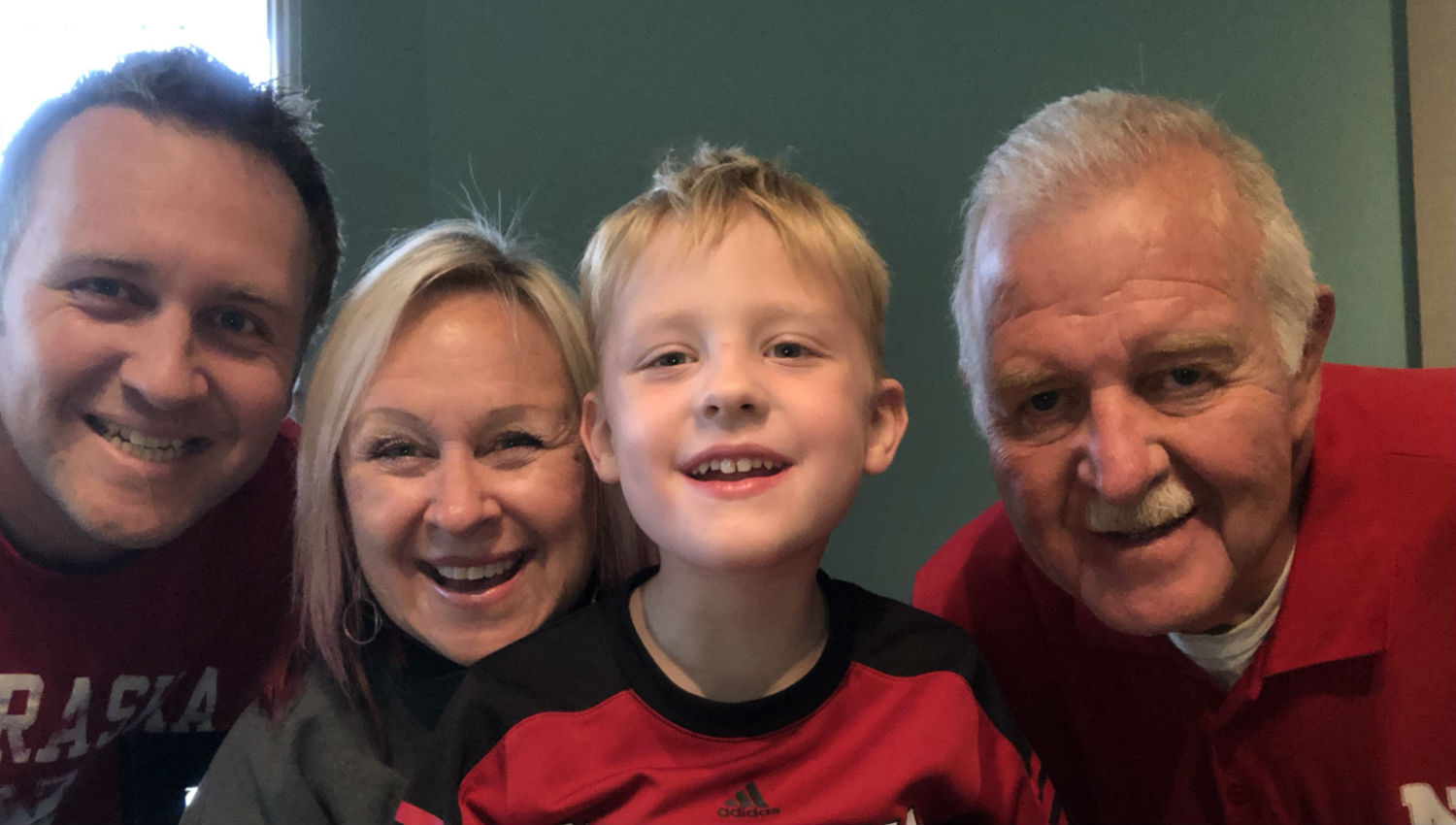 Being five or six years old, same age as Henry, I remember having my "autograph book" and being lucky enough to attend games as I grew up. I find it pretty amazing that all of these years later that I'm able to now share that same experience with my kids. Even better for this game is that he was able to attend, and tailgate, with so many people in his family. He was even lucky enough to sit in seats given to us by GGma. That definitely worked out for the best as the location was able to shield us from the wind and rain that day.

I know Henry had a great time as we've been watching more and more games together at home, he drew an awesome picture of us attending the game in Kindergarten and we've been trying to figure out an away game to attend that's halfway close to us in Connecticut. Can't wait for this experience to grow even further as he gets older.